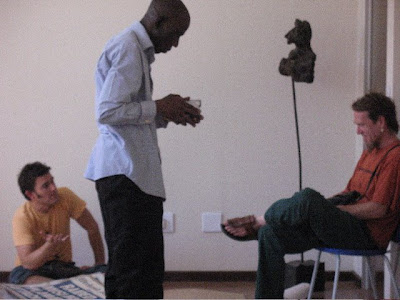 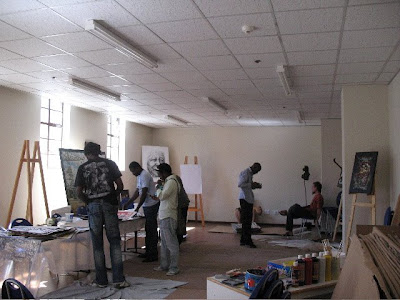 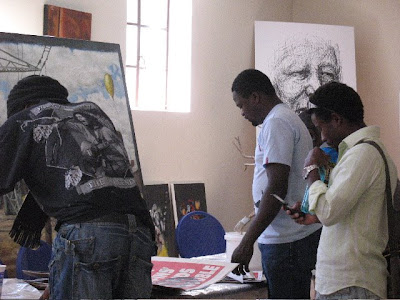 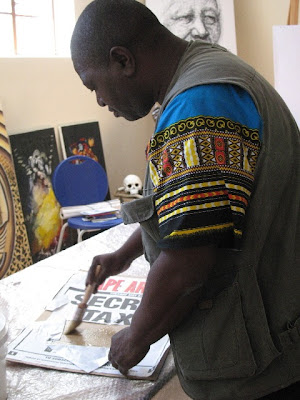 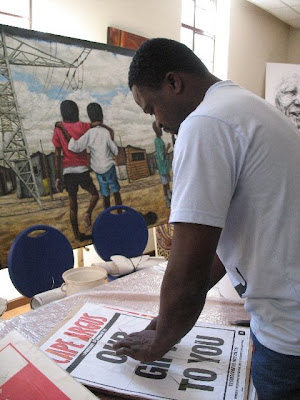 A Visual Arts Journey with the Voyage Ensemble
>>> Cape Town, South Africa, 2008
>>>
>>> Initiated in 2006 by the Scalabrini Centre for refugees in Cape
>>> Town, South Africa, the Voyage Ensemble reflect on issues such as
>>> xenophobia and displacement through a series of visual art
>>> exhibitions that combine individual artworks and common imagery to
>>> create multi cultural Journeys.
>>>
>>> The Voyage Ensemble will present "Mapping cultural echoes" a
>>> Traveling Suitcase exhibition at the National Gallery for HIFA 2008
>>> in Harare, Zimbabwe.
>>>
>>> Supported by Pro Helvetia, the installation combines artworks with
>>> films and performance to interrogate the themes of Identity,
>>> Displacement, Boundaries and Human Trafficking. Two Swiss artists,
>>> Daniel Glazer and Magdalena Kunz will participate as Voyage guests
>>> artists and present "the talking heads"a new media installation. The
>>> Voyage Ensemble, a Journey Together will propose films shows and
>>> guided tours of the exhibition throughout the event and a series of
>>> workshops that envisage Visual Arts as a therapy for individuals and
>>> communities.
>>>
>>> Ultimately, the Voyage Ensemble Project seeks to celebrate a
>>> journeying together of both visual art and people that is not
>>> defined by borders and differences but by a broader understanding of
>>> a shared African visual imagery.
>>> 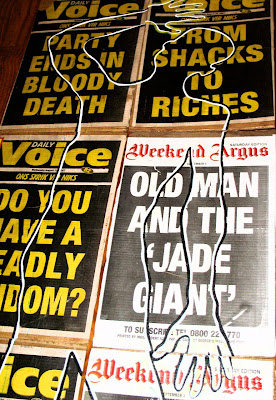 Posted by NativeSoul at Saturday, March 22, 2008 No comments: 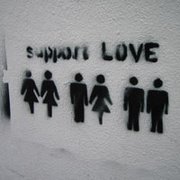